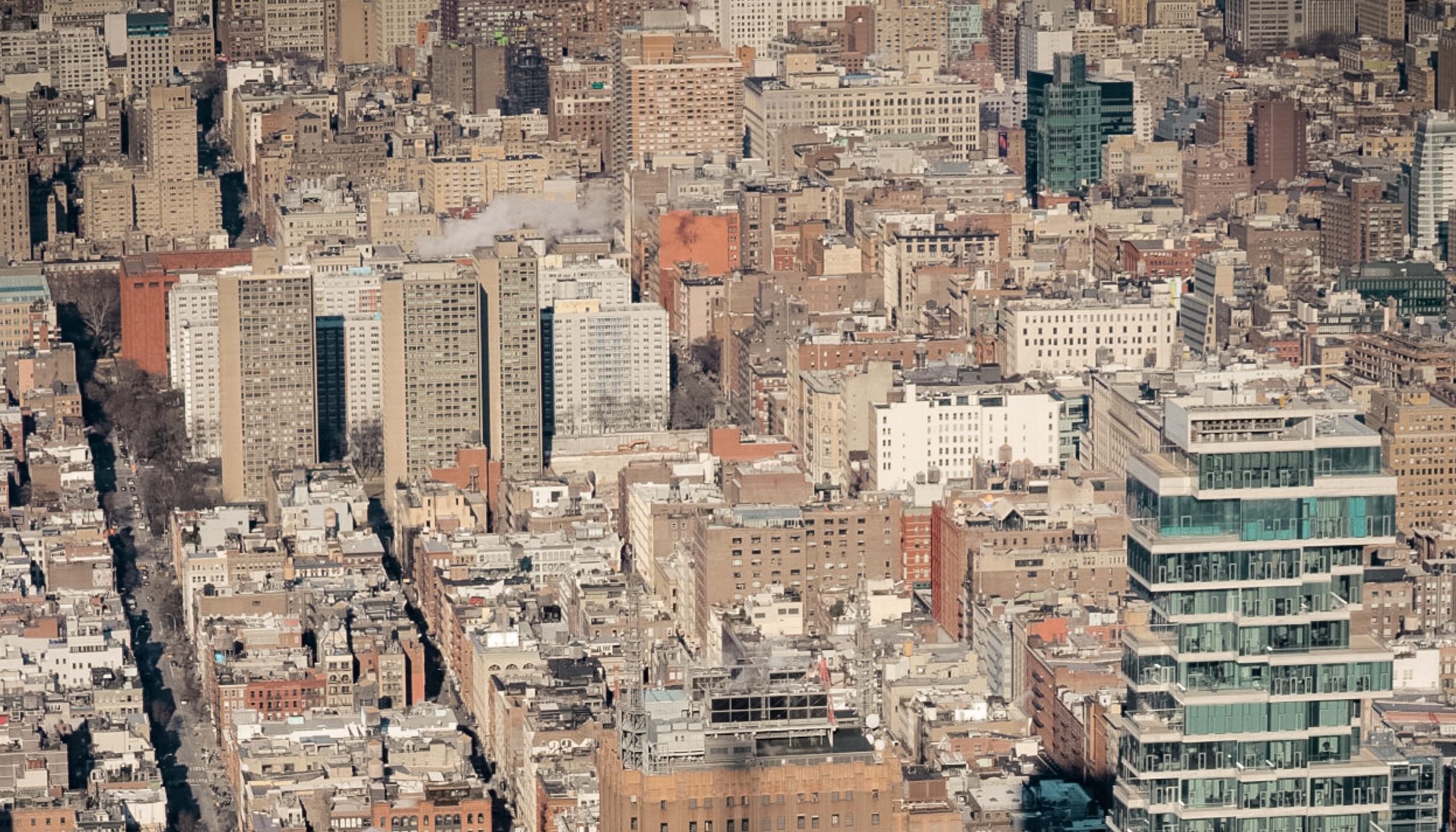 New York City is known for its exorbitant housing prices. Rent regulation legislation is meant to keep the market from getting out of control, but finding rent-stabilized apartments in NYC can be challenging.

The limited supply and high demand for housing in NYC create prime conditions for landlords who want to raise prices as high as they possibly can. But if rents get too high, it discourages new residents from moving to the city.

So, the local government has enacted a series of laws to protect tenants and keep rents stable in many buildings in the city. Here is a closer look at rent-stabilized buildings.

Rent regulation refers to laws passed by the local government to keep housing affordable for the average tenant. There are two main categories of rent regulation in NYC – rent control and rent stabilization.

The government does not control the price of housing (except for public housing) and therefore is subject to the laws of supply and demand. In most areas of the country, housing is kept affordable because if landlords raise prices too much, there won’t be a large enough pool of tenants who can afford to pay the prices.

But New York City has a different market than the rest of the country. The demand for housing is incredibly high, and thousands of new residents move to the city every year. Plus, New York City is known for its wealthy residents.

Even though not everyone in New York is rich, there are enough affluent residents to keep prices high. So, rent regulation is necessary to ensure that housing remains affordable enough for average residents.

A Brief History of Rent Regulation

New York City has some of the oldest rent regulation laws in the country. The first example came in 1943 when the federal government instituted a rent freeze in New York to curb inflation caused by WWII.

The laws would be changed and altered several times as major landlords fought to deregulate certain buildings over the next few decades. But by 2011, approximately 45% of buildings in New York City were subject to some form of rent regulation.

What is an NYC rent-controlled Apartment?

Rent control means that the government has limited the amount of rent the landlord can charge in the building. A maximum allowable rent is established for each unit, and the landlord can only increase rent up to this limit.

To qualify, the building must have been built before 1947, and the tenant must have been living in the apartment continuously since July 1st, 1971. Once the unit becomes vacant, it can either become rent-stabilized or deregulated. As a result, rent-controlled apartments are quite rare, and only about 1% of units in New York qualify for this type of regulation.

What is an NYC Rent-Stabilized Apartment?

Rent-stabilized units, on the other hand, are much more common. In a rent-stabilized building, the landlord can only increase prices by a percentage determined by what is called the Rent Guidelines Board.

Generally, rent-stabilized buildings feature six or more units, were built before 1974, and are not subject to rent control. But newer buildings can also receive tax incentives to voluntarily participate in rent stabilization programs. Approximately 50% of all units in New York City are rent-stabilized.

Are Rent Regulated Units Different than Other Types of Affordable Housing?

Rent regulation is one type of affordable housing program, but it’s not the only strategy. There are two major categories of housing; private market and subsidized housing. Under the umbrella of private market housing, you have regulated and unregulated buildings.

A private landlord still owns rent-regulated buildings without any economic assistance from the government. But there are regulations to control rents, as opposed to unregulated units, which can cost as much as a tenant is willing to pay.

Subsidized housing is another form of affordable housing where a government entity pays at least a portion of the rent or owns the building entirely. To qualify for subsidized housing programs, tenants must be considered low income or part of a protected group such as veterans or the disabled.

Rent regulation sets limits on the amount landlords are allowed to increase rent. There is a maximum rent that the landlord cannot exceed in a rent-controlled building. If they have not reached the limit, they can only increase the rent by 7.5% every two years. But the tenant also has the right to dispute the rent increase if the building has violations or if it would impact their ability to cover other expenses.

Rent stabilized units are governed by the Rent Guidelines Board, a government committee of nine members appointed by the mayor. The RGB is responsible for setting the maximum rate at that landlords are allowed to increase prices each year in a rent-stabilized building. They base their decisions on the general cost of living and housing prices. The rate varies each year but is typically between 0-5%.

In 2019, the city passed new rent laws that offer greater protections to tenants. Prior to this law being passed, there were several ways that landlords could deregulate their apartments and force tenants to pay market rates. The Housing Stability and Tenant Protection Act of 2019 made it more difficult for landlords to get away with this practice.

Before the law was passed, the landlord could deregulate the unit if

The legislation got rid of these loopholes and put limits on security deposits to just one month’s rent, brought new protections against evictions, and banned the use of tenant blacklists.

Tips on How to Find a Rent-Stabilized Apartment NYC

2. Use Specific Keywords to Search For Rent-stabilized Listings Online

Many rental listing websites feature rent-stabilized buildings. Simply use the advanced search features or type in specific keywords like “rent-stabilized” or “rent-controlled” to find what you’re looking for.”

Neighborhoods in Brooklyn and Uptown Manhattan tend to have more rent-controlled buildings than other areas. So, if you specifically on those areas, you should have better luck.

Although they can be tough to find, there are a variety of benefits to finding rent-controlled buildings. For instance, you can rest assured that your rent won’t suddenly increase at the end of your lease.

It’s not uncommon for demographic or economic changes to cause a sudden increase in rents in a particular neighborhood or the city. So rent-stabilized buildings assure tenants that if their rent does go up, it won’t be anything out of control.

Another benefit is that it lends some affordability to an otherwise costly city. Although there are plenty of affluent residents in New York, the median income is only about $32,000. So not everyone can afford to pay exorbitant rents. Rent regulation provides a bit of relief for those who are looking for a moderately priced apartment in the city.

How Do You Qualify for a Rent Stabilized Apartment in NYC?

It’s up to the landlord to set the requirements for a rent-stabilized unit. Unlike subsidized housing and housing lotteries, there are no specific income requirements set by law. So, landlords are able to set their own requirements, which typically include household income being at least 40x the rent and the tenant’s credit score being above a certain threshold.

Are there Income Limits to Rent Stabilized Apartments in NYC?

Before the Housing Stability and Tenant Protection Act, the apartment could be deregulated if the tenant made over $200,000 per year. But that loophole was eliminated when the new laws were passed. So, there are no longer any income limits to live in a rent-stabilized apartment in NYC. However, the tenant must still meet the minimum requirements to afford the unit.

The New York Housing Authority is the government department responsible for administering the Section 8 program and running public housing. NYCHA provides affordable housing to New York City residents. However, this is slightly different than rent stabilization.

Rent stabilization only impacts private landlords. While NYCHA buildings and programs do make housing in New York more affordable to residents in need, it is a program controlled by the government.

Therefore, there is no need to regulate the rents in NYCHA buildings because they are not operating for profit and are only available to low-income residents.

What is the Current Rent Stabilization Increase for NYC?

For one-year leases commencing on or after October 1st, 2021, through September 30th, 2022, rent-stabilized units should increase by 0% for the first six months and no more than 1.5% for the remaining 6 months. For a 2-year lease commenced during the same period, the rent should not increase more than 2.5%.

When Did Rent Stabilization Start in NYC?

Rent regulation in New York City began in 1962. However, 75,000 apartments impacted were gradually deregulated by 1968. This caused a decrease in new construction and vacancy rates, which eventually led to the passing of the Rent Stabilization Law in 1969. There have been various changes to the law since then, but some form of rent stabilization has existed in New York City since the late 1960s.

Upper West Side vs. Upper East Side