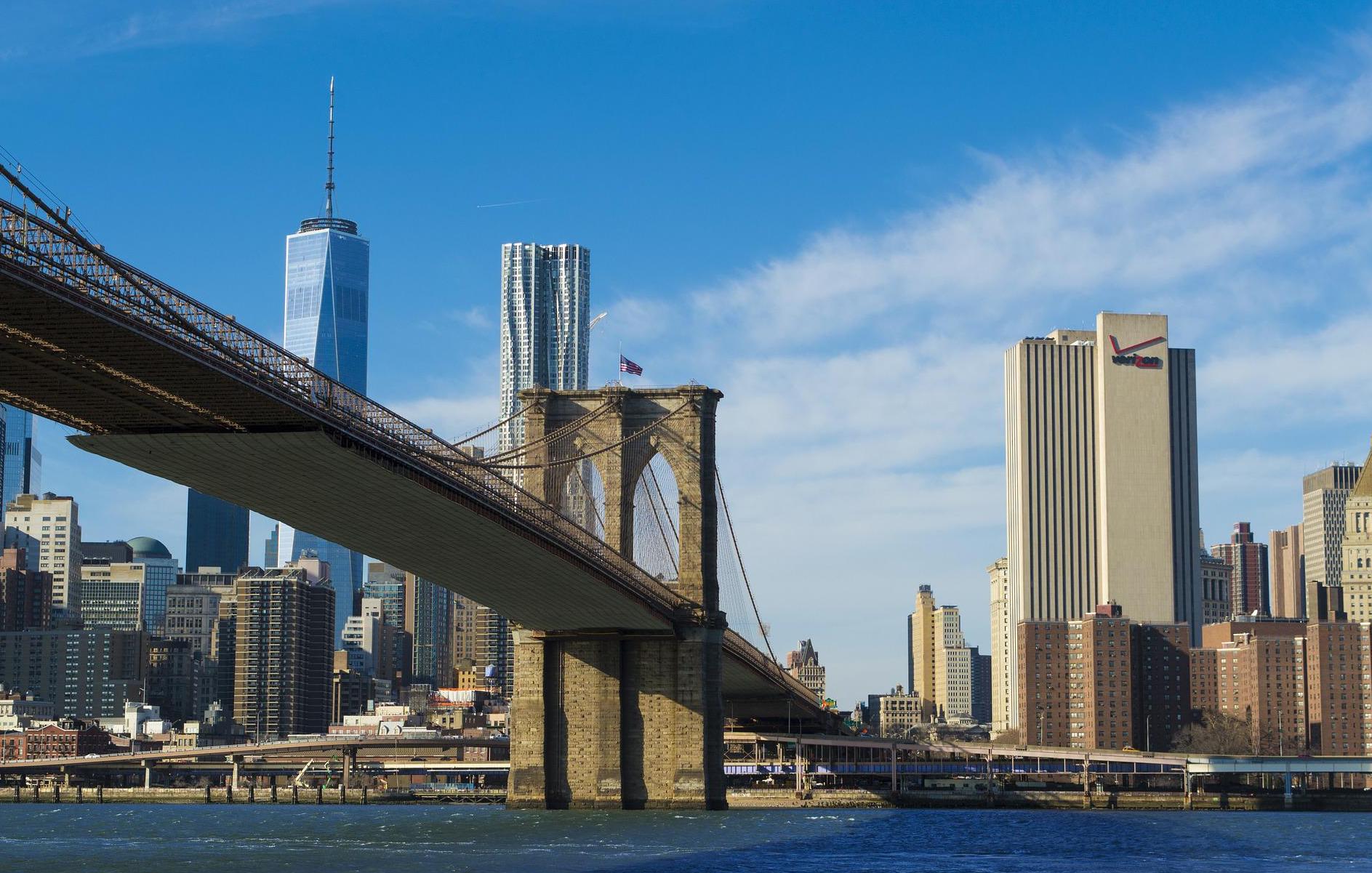 Manhattan was the most sought-after borough in New York for many years, commanding the highest rents and featuring the most comprehensive array of shopping, dining, and entertainment opportunities. But over the last 20 years, Brooklyn has slowly become a close contender, rebranding itself as a cheaper and hipper alternative.

This has created a heated debate over which borough is truly better. The truth is, it largely depends on who you are. There is something one of a kind about the pace and vibrance of Manhattan, but Brooklyn offers a unique culture and atmosphere that is gaining popularity. Let’s take a look at how the two compare across a few key metrics.

While both are quite pricey compared to the national average, Manhattan still holds the crown for being the most expensive. According to an index created by BestPlaces.net, Manhattan scored 258.3, while Brooklyn scored 200.7.

This index compares the costs of housing, groceries, utilities, transportation, healthcare, and more. For comparison, New York State scored 120, and the entire country scored 100. So, while both are more than twice as expensive as the rest of the US, Manhattan is still more expensive, mainly due to the exorbitant costs of real estate.

Brooklyn is a massive borough that is much more sprawling and decentralized. On the other hand, Manhattan is set up on a perfect grid, making it easy to navigate and transfer trains. While the western part of Brooklyn has decent access to buses and trains, they get fewer and farther between the deeper into the borough you go.

So, while Manhattan residents often have a choice between several subway stops, it’s not uncommon for Brooklyn residents to have to walk for multiple blocks to catch the nearest train.

Manhattan is still one of the most abundant job markets in the world. However, Brooklyn is not far behind. Where you will find the most opportunity primarily depends on what type of career field you’re in.

For instance, Manhattan is still a major hub for industries like tech, finance, law, and medicine. However, Brooklyn is quickly becoming an in-demand space for creative professions such as media, design, advertising, and architecture.

Plus, the outer boroughs saw a much higher rate of small business growth coming out of the pandemic. So while many major corporations are still primarily headquartered in midtown, Brooklyn is seeing more of a resurgence of startups and non-profits that may attract younger workers.

Which borough has the best lifestyle and cuisine is really a matter of personal taste. While Manhattan offers some of the best restaurants in the world and unparalleled energy, Brooklyn offers more unique neighborhood flavors and a relaxed pace of life.

Manhattan has more Michelin Star restaurants and famous attractions. However, Brooklyn features some of the city’s best Italian, Caribbean, and Latin American food. Manhattan is best for those who want elegance and luxury, whereas Brooklyn is better for those who want a more peaceful neighborhood feel with a unique cultural identity.

Both boroughs are neck and neck when it comes to crime, but Brooklyn tends to feature a slightly higher rate of violent crime and property crime compared to Manhattan. Historically, Brooklyn was much rougher and was considered highly dangerous up until the late 1990s. But over the past decade, the borough has gotten much safer, and today it’s almost as safe as Manhattan.

The crime tends to be spread out and concentrated in certain neighborhoods. Some of the safest Brooklyn neighborhoods feel much more suburban and tend to be safer than areas like Chinatown and Times Square. Yet, others are still plagued by social problems like homelessness, poverty, and addiction that contribute to a higher crime rate. But overall, both boroughs are considered relatively safe as far as major cities go.

Borough culture is another category that is essentially a matter of personal taste. Manhattan tends to be far more work-focused, whereas Brooklyn tends to be more community-oriented.

Manhattan residents often adopt a work hard, play hard attitude and tend to focus on climbing the corporate ladder or going out to world-class restaurants and rooftop bars. On the other hand, Brooklyn tends to be home to far more artists, families, and young professionals looking for trendy boutiques and open green spaces.

So overall, Brooklyn tends to be more laid back and features tight-knit communities, whereas Manhattan offers fast-paced energy and something to do every night.

Average commute times vary depending on the individual. But in general, Brooklyn tends to get the short end of the stick.

Neighborhoods in the northwestern corner of the borough tend to feature shorter commutes, as many residents choose to live there for an easy ride into Manhattan. But the farther east and south you go in the borough, the fewer job opportunities there are and the harder it is to commute into economic centers.

For instance, residents of neighborhoods like Canarsie or Bay Ridge may spend up to an hour per day commuting, whereas even residents in uptown Manhattan only average about 40-minute commutes.

Brooklyn features a slightly higher quality of life index than Manhattan, although it’s very close. This index was devised by a site called Numbeo and ranks cities based on data on average purchasing power, safety, health care costs, climate statistics, property values, traffic, and pollution. Manhattan scored 137.83, whereas Brooklyn scored 140.28. The biggest deciding factor was the property values and cost of living being slightly higher in Manhattan than across Brooklyn.

So based on these metrics, Manhattan offers slightly more opportunities and conveniences. Both cuisine and lifestyle and borough culture could swing either way depending on personal preference -so they were each awarded one. But Manhattan still has Brooklyn beat when it comes to public transportation, job opportunities, safety, and commute times.

For most of these categories, the boroughs are neck and neck. But Manhattan will always offer a lifestyle and experience that is unlike anything else in the world, which is why it’s still the most in-demand borough for new residents moving to the city.

How to Negotiate Rent in NYC