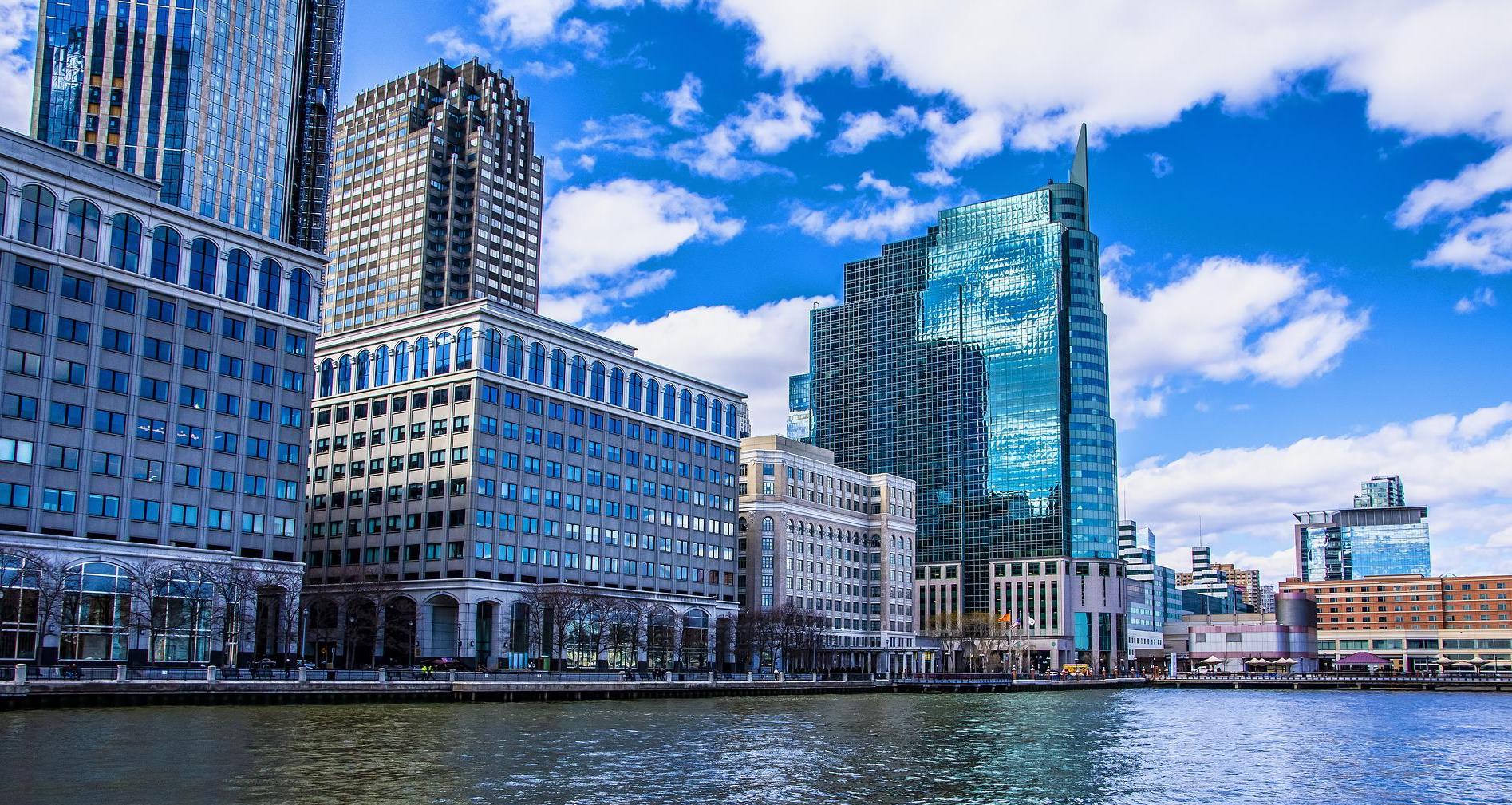 Though most people don’t immediately think of it, many New Jersey cities and towns are shockingly close to New York City. As a result, these NJ suburbs of NYC tend to be popular picks for families and commuters that work in the city.

Living in New York City may be glamorous and fun, but it’s not for everyone. Some people just want to be able to live a suburban life while still enjoying the gorgeous sights of the Big Apple every day. And you know what? That’s totally acceptable and easy to do.

Best Places To Live in NJ Close to NYC

Jersey City is the best place to live in NJ near NYC as it offers plenty of affordable housing options and is just across the river from Manhattan. In Jersey City, you can get houses, condos, as well as those super chic luxury co-ops that have been the darling of developers throughout the area.

Jersey City is a great place if you don’t want to drive. The NJ Transit line makes it easy to access almost every major suburb of New Jersey. Meanwhile, Jersey City also happens to house not one but two PATH trains directly to the city.

While the Jersey City waterfront is expensive, the city also has plenty of more affordable neighborhoods, making it great for any budget.

Are you a fan of urban-suburban towns that have a strikingly unique aesthetic? If so, you’re going to adore Weehawken. Weehawken has excellent schools and a reputation for having some of the most European-looking streets in the state of New Jersey.

The architectural sights range from Spanish villas to modern homes. Oh, but that’s not the only gorgeous thing to enjoy. The views of the Hudson are amazing, and you’re also within walking distance to Weehawken Ferry. That’s a literal 15-minute boat ride to NYC!

Nestled right down at the Jersey Shore, Keansburg is one of those cities that most people don’t think of as “close” to New York City. However, it is closer than you think—thanks to the Keansburg Waterway. This ferry can bring you to the NYC docks in under 30 minutes.

Most people know this suburb as a resort town with a fun (though small) amusement park. Schools are great, and if your child is extra talented, they can apply to the Monmouth County magnet schools. (They’re some of the best in the nation.)

Alpine is one of the smaller suburbs to dot the scenery near the George Washington Bridge, and unlike others on this list, it’s pure suburb. You get to enjoy homes on spacious lots, all of which are filled to the brim with amenities.

This elegant suburb is a quick 40-minute drive away from the city at most, and that’s pretty amazing. Between the award-winning schools, the winding roads with epic landscaping, and the status symbol of living in the same town as Beyonce (at one point), it’s safe to see why you might want this.

Known as a darling of the New Jersey commuter world, Hoboken has been a staple among finance and fashion workers who want to have New York City luxury with the slightly higher level of quiet that New Jersey can deliver,

With Hoboken, you get good schools, awesome nightlife, and pretty upscale lifestyle venues. However, it’s still more of a city. This can be a good thing (if you want slightly lower prices) or a bad thing.

Hoboken is also one of the closest NJ cities to NYC, and the commute is under 10 minutes to Downtown or 20 minutes to Midtown.

While Hoboken is great for people who want city life all the way, Ridgewood is a great place to go if you are seeking out a slice of suburbia. This Bergen County town is regularly cited as one of the best NJ-based NYC suburbs for families who want to have kids and pets.

Low crime rates, excellent parks, and a highly supportive community make this place a perfect choice for people who want to set down their roots. Ridgewood is approximately 40 minutes away from Manhattan by car.

In recent years, Madison has become one of the most coveted NYC suburbs in New Jersey. It’s easy to see why. This town has gorgeous streets and award-winning schools. Parents love the ample athletic opportunities for kids, while kids love the friendly environment.

Don’t have kids? Not a problem. Adults, in general, tend to enjoy Madison’s restaurant scene, theater district, and elegant housing. It currently rests approximately 50 minutes away from New York by car, and yes, public transit is available, too.

In New Jersey, there are a handful of small suburbs of New York City that tend to act as status symbols among commuters. Right at the top of that list of suburbs is Summit. This beautiful (and pricey) town has been a major status symbol among top executives.

This upscale neighborhood is ideal for people who want to mingle with the “movers and shakers” of different industries. As you can imagine, it is an excellent place for young families as well as people who want to network with others who are as career-driven as they are.

Fort Lee is definitely more densely populated than other suburbs of NYC, but you literally cannot get closer to the city than this popular commuter town. People enjoy Fort Lee because of their great schools and excellent selection of restaurants.

Thanks to the hilly areas, you can expect tons of beautiful views of the Hudson River. You also will be able to enjoy a direct road to the George Washington Bridge. This means that the only time you actually have to worry about is the time it takes to cross the GWB.

Have a job in New York City but don’t want to live there? You’re not alone, nor do you have to worry about being out of options. New Jersey is an amazing place to call home, especially if you are all about that commuting life. No matter what your budget is, it’s safe to say that there is a Jersey suburb that you will want to call home.

New York City vs Los Angeles: Which Is Better?